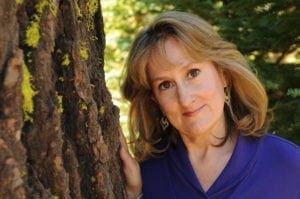 I never did fit in

Be normal. That’s what I aspired to for more than half my life. Not that I sought to be average. Just someone who didn’t seem so different.

As far back as I can remember, I’ve known God exists. From time to time as a child, I’d regularly feel the Supreme Being’s presence. An intensity of love would sneak up on me unexpectedly; I could’ve been making mud pies, playing tetherball or even drying dishes for Mom when I knew God had arrived. It’d begin with a tingling at the crown of my head, then migrate down my body—a kind of electrically charged hug turning me into one large smile.

I was a Goody Two-shoes with a grand imagination

Since I knew God was near, I did all I could to obey every rule to please Him. And I’d tell others to obey them as well. I was the girl who routinely helped the teacher and befriended the outcast with the crusty orifices. I was the teen who had no interest in partying. And didn’t ditch class. Ever.

I possessed an over-active imagination and experienced odd coincidences and vivid, almost-real dreams. When I started seeing shadow people and some said I had psychic abilities, I bristled. I’d believed ESP and ghosts were fabrications, but if they did exist they had to be evil.

I suffered from debilitating diseases for 18 years

Chronic Fatigue Syndrome and Post-Viral Neurasthenia constantly tormented me with joint, skin, nerve and muscle pain. They impaired my cognitive ability and left me so weak I could barely function (for two years, I was nearly bedridden). Mayo Clinic and Stanford University physicians gave me no hope for recovery, saying I suffered from permanent nerve damage.

My job requires that I work with ghosts

A Reluctant Spirit is my first memoir, chronicling the amazing paranormal activity I faced at the very haunted and vacant Goldfield Hotel and my experiences as the manager of a community college’s noncredit ghost series. Through my job, I work with paranormal experts who represent diverse views including scientists (both believers and skeptics), ghost hunters, religious leaders, psychics and mediums.

I’ve been interviewed by national radio shows and teach courses

Since the release of my book, I’ve been a guest on “Coast to Coast A.M. with George Noory” and was named 2014 Best Female Writer in Northern Nevada by the Reno News and Review. I’ve taught classes in spirituality and the paranormal, as well as given presentations in Nevada and California. I’ve been writing my blog, “God, Ghosts and Gut Instincts” since December 2011.

Today, my goals are to live fully as myself, embrace the gifts God’s granted me and help others understand that psychic or paranormal experiences can result in a more fulfilling life and spiritual journey.