We are not removed from nature. We are part of it.

Home/Spirituality/Christianity/We are not removed from nature. We are part of it.
Previous Next

We are not removed from nature. We are part of it.

It’s an illusion to believe we’re separate from nature. In our Modern Age, man has tricked himself into thinking we are above all life. But we cannot be above animals, as we are animals.

Indigenous people see all creation as one. In the introduction to Episode 4 of “How to Change Your Mind,” Oglala Lakota, Diné and Otoe members said this about our relationship with our planet: “This Mother Earth we are sitting on, is you. These plants, the air you breathe, that’s you. The sun, the clouds, the fire, that’s you.”

We were never meant to be distant from creation. God gave us the intelligence and physical abilities to ensure all life thrives. Being spiritual is about being respectful and nurturing to all life. We’re privileged to be chosen to be Earth’s caretakers. The more we immerse ourselves in nature, the more magical it becomes as we learn of its intricacies.

Thank the trees.
One large tree generates enough oxygen for four people to breathe all day, according to the U.S. Department of Agriculture. Besides providing oxygen, one tree can absorb up to 48 pounds of carbon monoxide helping the atmosphere to cleanse itself.

Think of it this way: we breathe the exhalation of trees. 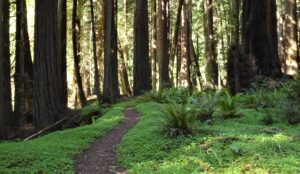 Forest walks restore me. I’m sure a large part of that is due to its air quality. Trees also provide shade, cool the earth and offer shelter to creatures big and small (and lumber for building). Trees can even communicate to one another through sending chemicals and using fungi in their root systems to warn nearby trees of dangers or assist a struggling tree so that it can better survive.

Animals are intelligent beings.
Growing up, I’d been led to believe that animals weren’t smart—they merely acted out of instinct. However, science is proving this old belief wrong. Researchers are finding that animals (and in some cases, insects) can use self-control, recognize quantities, create games, use tools and distinguish between individual humans (see the links at the end of this post for details).

Just because the intelligence a critter possesses may not be our brand of smarts, it’s not an indication that they aren’t thinking. One area that animals truly excel in is their observation skills and ability to detect danger. I truly marvel when the rabbits and birds bolt out of sight before a hawk comes swooping in from a distance or how other species will understand another’s warning calls.

Witnessing wildlife in their habitats is a mystical experience.
Some of the most spiritual moments I’ve had have been when an animal chooses to interact with me. I love the trust, the curiosity and the energy exchange from such encounters. Each instance is an amazing gift to be able to forge a personal connection with another species. There’s an understanding that arises from these events, a recognition of both of our rights to exist.

Note: Never approach a wild animal. Please give them ample space to stay comfortable and safe.

Mexican Jays
Last year, Ken and I traveled to Chiricahua National Park in southeastern Arizona. While he hiked, I sat underneath one of the many squat, scruffy piñion pines to read. Immediately, four Mexican Jays flew in and started begging (hopping around and making eye contact with me) for food. I didn’t have any food and I don’t feed birds outside of my backyard, so I just spoke to them softly. They figured out pretty quickly that I wasn’t a meal ticket. What happened next surprised me: they moved in closer. One started preening, and another came within my arm’s reach, just to fluff up and tuck one leg under his feathers. I kept softly talking and they continued to move closer to me. One hopped near my feet to catch a bug and then ate it there. To my amazement, all four birds stayed with me for more than 35 minutes.

Yellowstone Wolves
Another adventure that took place in 2008 was unnerving, yet magical. Ken and I were hiking along a bison-made trail in Yellowstone National Park. When we came to a rise and looked below (about 1.5 football fields away), we saw a pack of wolves. Not wanting to get closer, we laid down on the soil and pulled out the binoculars to observe them. We watched wolves individually approach the alpha wolf, and then head off in different directions. A nearby twig snap got my attention. I looked to my side. Six to seven feet away from my prone body stood a wolf, perched on a fallen log. He stared at me. I must admit I’d thought we were going to be its lunch. As my heart wildly thumped, the wolf’s kept his eyes locked with mine. I was transfixed. Then he left, returning to the pack below.

Busy Beaver
While kayaking on the Green River Lake in Wyoming in 2013, we came across a beaver lodge. A beaver emerged and, seeming curious, it started swimming toward me. Since I was a distance from it, I thought I’d take a photo. So, I stopped paddling and pulled out my camera. But before I could snap a photo, my boat started drifting toward him. In the rush to move away, I slapped my oar against the lake’s surface, splashing the beaver. I turned the kayak away from him, but he kept coming. I didn’t feel threatened by him, but I didn’t want him climbing on my boat either. He dove under my kayak and re-emerged on the right side of my boat. He lifted his tail in the air and slammed it down, spraying me with water. He then swam back to his lodge. I was dripping wet. I know splashing is a defense mechanism for beavers, but I can’t help but wonder if he was getting even instead. 😊

Nature is sacred.
We are blessed to be a part of God’s exceptional creation. No church can compare to nature’s holiness. Once we recognize we are part of and connected to all of creation, our appreciation of The Most Divine increases.

Empower what’s good in your life

Unpleasant people are catalysts in our lives Gallery

Unpleasant people are catalysts in our lives 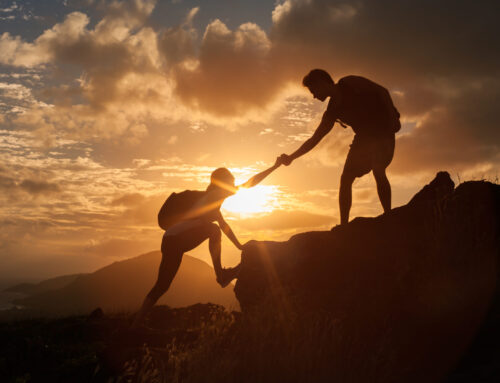 Blessings are meant to be shared Gallery

Blessings are meant to be shared