2015 and 2016 posed serious physical challenges to my well-being. I battled a chronic health issue that went undetected for seven months, causing headaches, severe weakness and cold-like symptoms. I was tested for cancer, immune system deficiencies and a variety of other ailments. All results were normal.

So in March 2016 when my pulmonologist reviewed an earlier CT scan I’d had, I was shocked when she told me it showed something radically different than what the previous doctor had shared with me. The test wasn’t normal. I had a systemic, chronic sinus infection.

Obviously, my first physician had drawn her conclusion from an erroneous report. In fact, my name was on a report indicating my CT scan was normal.

Subsequently, I started on some medications but had a bad reaction to them that sent me to the emergency room. My energy barely improved and I struggled just to get through my work day. My general practitioner (this would make it doctor #3 for this issue) told me to face the reality that my Post Viral Neurasthenia and Chronic Fatigue Syndrome had returned.

However, my faith told me otherwise, and while reaching a low point emotionally, I refused to believe these diseases had come back to torture me once again. 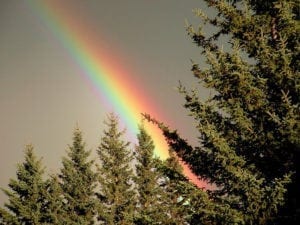 Later in August, I was back with the physician who’d initially ordered the CT scan. I explained to her my confusion about the report and asked to see it. Once again, my name was on the document and the results were normal. The doctor told me that if it had been revised by another radiologist she would’ve been notified, and no notifications had come through.

She sent me to an ear, nose and throat specialist (ENT) who ran another scan. It showed sinus blockages that required immediate attention.

Subsequently, the ENT physician placed six stents in my sinuses to open up the airways. After the procedure, he told me he’d noted places where the tissue had been starved of oxygen flow.

So why were the two reports for the same test so different? Initially, I reasoned, God changed the second one. He wanted me healthy. It was another miracle in my life. But why—when the Supreme Power controls everything—did I have to go through several months of misery due to an incorrect outcome?

But then again—I believe in a Supreme Power who touches every aspect of my life. That means My God had a hand in both reports.

Perhaps I was being forged once again by the flames of disease to help me blossom further along my journey.

Now, don’t get me wrong. I don’t think I deserved being sick or that I brought the illness on myself. (See my post, “It Isn’t Your Fault Your Ill“).

The Universal Power had a reason. The illness escalated during that time but despite my misery, I never faltered in my belief that God was in control. However, my outlook plummeted into a chasm as I pondered, Could I face more years of debilitating fatigue?

According to the Great I Am’s plan, I was supposed to have been laid low during the period when my condition went undiagnosed to have stumbled through work with little stamina for anything else. The reason is it gave me an opportunity to re-prioritize my life, rely on the Great I Am and be thankful for what I could accomplish in those circumstances.

It’s easy to demonstrate faith when all is well. It’s quite another to live faithfully facing the idea of living chronically ill. Now that I’m healthy, I still don’t know why I had to endure additional months of illness, debilitation and concern for my future over an incorrect test result, but I know there was a purpose to it.