Death transitions us to our purest self

Death transitions us to our purest self

Death is not a cessation, but a return to the state we were in before we had a body. The textures of our existence change without the fetters of a physical shell, but we survive that transition.

American culture has made death scary, an abrupt end to existence. My experience with spirits, as well as the stories from readers, shows me society has led us astray.

I believe in the moment death occurs we’ll revert to our pure essence: our souls, that which make us uniquely us. That’s not to say we won’t have evolved from our earthly experiences. We’ll take with us the lessons we’ve learned, the adoration we’ve held for others and the love we’ve received over our “lifetime” to reinvigorate our ethereal state.

Without the human drives of ego and fear, we will release unproductive mindsets and live more fully as ourselves. The politics, petty grudges, irritants will fall aside. 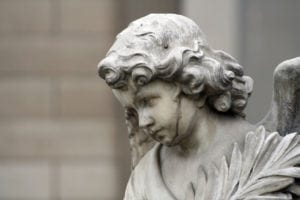 Without a body, we’ll understand past events more clearly because there won’t be a barrier to our energy fully connecting with others. We’ll see situations as they were. We’ll know what our friends and family were going through at that time. We’ll tap into a type of omniscience to know why they behaved as they did.

Our loved ones still on earth may seek our forgiveness for old transgressions once we’ve crossed over. But there won’t be a need for forgiveness as our complete understanding of the past means any slight we held while bodied will be gone. We’ll realize their perspectives, motivations and fears that caused them to act the way they did.

Our growth continues after the physical body is gone

As spirits, we’ll be able to recognize how our past actions and words touched others. Or hurt them. Some who’ve crossed over, depending on the physical life they lived, will have to work to remedy situations they caused. To redeem themselves, they’ll have to play a more active role on earth than others.

Suicide is never the answer

While death is nothing to fear, it’s not something we should seek out. As Ecclesiastes Chapter 3 in the Bible states, “To everything there is a season, and a time to every purpose under the heaven: A time to be born, and a time to die.”

We aren’t to hasten our body’s demise as we cannot know what the Supreme Power’s goals are for our physical existence. We don’t have the information to determine when it’s time for us to move on.

Suicide cuts our experience short. We don’t reach the evolutionary place those dire circumstances can lead us to. In many cases, it’s the act of pulling ourselves out of the emotional abyss that leads to tremendous personal growth.

Accept death as the next leg of our journey

Let’s view death as the next step onward, one where we ascend to a realm of unconditional love, forgiveness and light.