You are your body’s top expert; pay attention to it

You are your body’s top expert; pay attention to it

Good health is a gift. Two of the most important aspects to maintaining wellness are knowing your body and paying attention to the signals it sends.

While these may seem trivial, it can be tough to remember to do when facing challenges. After my miraculous healing in 2007, I resolved to respect my body and always heed its calls. Then came 2015. In the summer, I started getting daily headaches. By fall, my energy steadily declined. I blamed it on allergies and stress, and continued to power through.

Ignoring my symptoms didn’t make them go away.

Come winter, I’d experience cold-like symptoms that’d hit me hard for a couple days, then go away for a few before returning. By year’s end, a severe bug laid me low. One that wouldn’t go completely away. Even after antibiotics.  I got so sick, I couldn’t dismiss it and was forced to take time off work.

Doctors were baffled. Perhaps I had a rare cancer. Maybe my immune system was malfunctioning. Or, perhaps the Chronic Fatigue Syndrome/Post-viral Neurasthenia that had plagued me for 18 years had re-manifested.

I took a prescription that spiraled me into depression. And, another that mimicked heart attack symptoms, sending me to the hospital. Joy drained out of me. And, I berated myself that the house wasn’t as kept up as it needed to be, that I wasn’t writing and that I didn’t have the energy to go out and have fun with Ken, my friends and my family, all of which escalated my stress and further deteriorated my health.

I kept visiting physicians and undergoing medical tests. Eventually the cause was discovered: a chronic, systemic sinus infection. My new ear, nose and throat doctor said my upper sinuses had little airflow and no way to regulate pressure due to blocked passages. Other medical professionals had missed it because it was concentrated in the upper sinuses where they couldn’t see it.

Late August, I had sinuplasty, a procedure in which balloons inflate the sinuses and insert stents to keep the passages open.

What I resolve to do differently

If I’d paid attention to my body that first summer, I believe I wouldn’t have suffered for 14 months and would’ve found a resolution more quickly. Instead, I’d tried to separate from my body and permitted a hectic life to take the reins. My existence had become filled with so many “shoulds” that I allowed my body to be compromised.

So now that I’m healing, I’m nurturing myself again. I’m not pushing myself, even though my recovery is going slower than it does for most people who’ve had this surgery. I’m resting when my body tells me to. I’m gingerly working my way back into an exercise regime. And I’m showing my body compassion and patience.

I will not sacrifice my physical (or mental well-being) for work and other responsibilities. I will seek balance and the next time my body signals it needs help, I’ll stop what I’m doing, heed my symptoms and speak with my doctor. 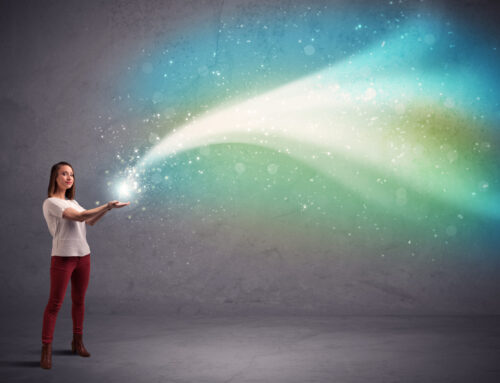 We are resilient. We are spirit. Gallery

We are resilient. We are spirit.